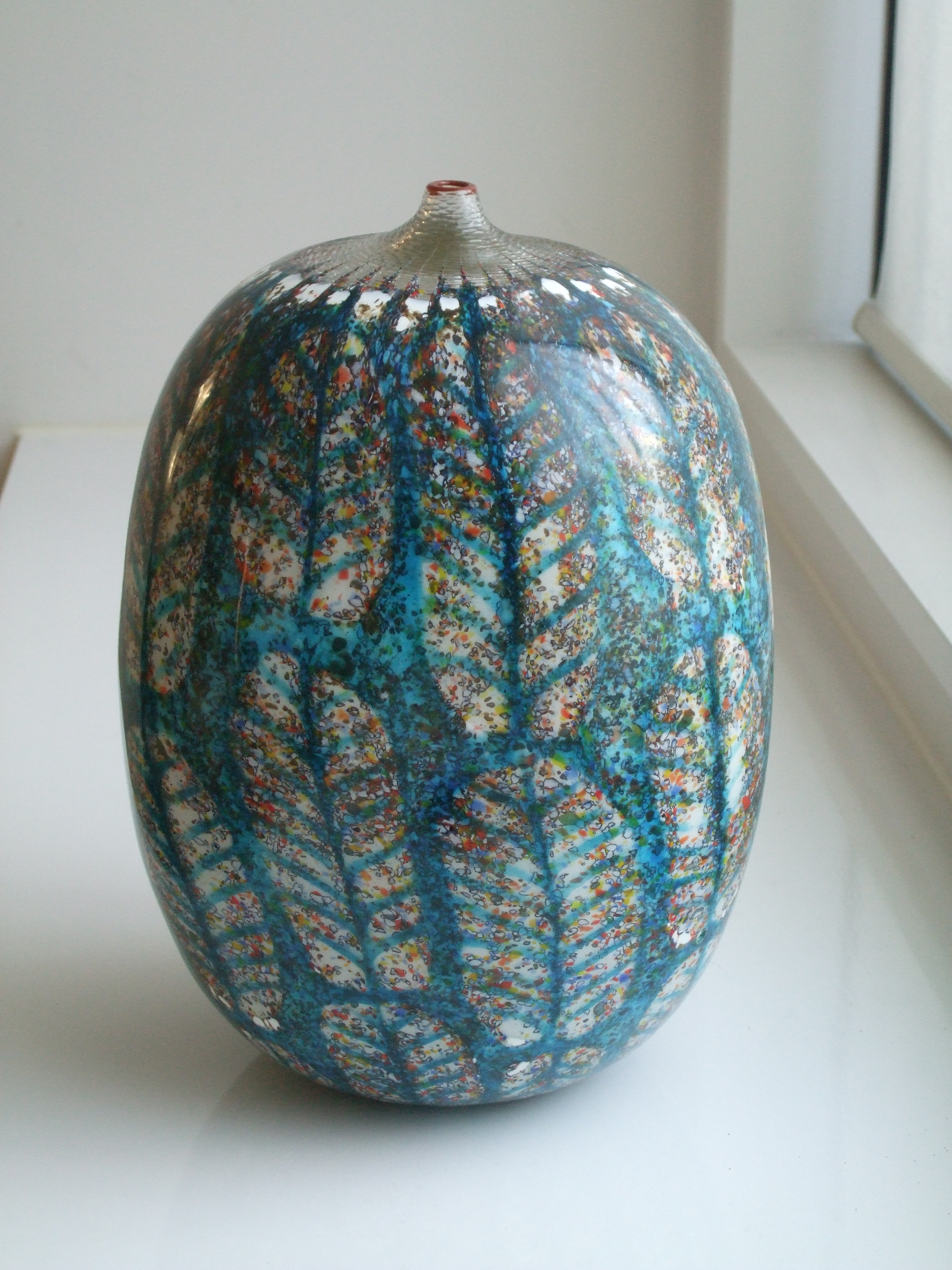 This carefully conceived work has been created using special glassmaking techniques. One side of its full and plump body is flat, and the other is wavy, representing two opposite worlds. There is a contrast between the full body and the tight, constricted neck and mouth, and exquisite knifework has been used to create the fine waterlines. The neck of the vase and area immediately below it are ivory-colored opaque glass. The body of the piece, meanwhile, is covered in countless colored glass granules. The work is covered with a transparent layer of leaf crystal, on which is arranged transparent sky blue and navy blue glass granules in a leaf-vein design. The use of cloisonné to create freehand watercolor is unique to Yoichi Ohira and the result of lengthy experimentation. It is also a first in the 5000-year history of glassmaking. 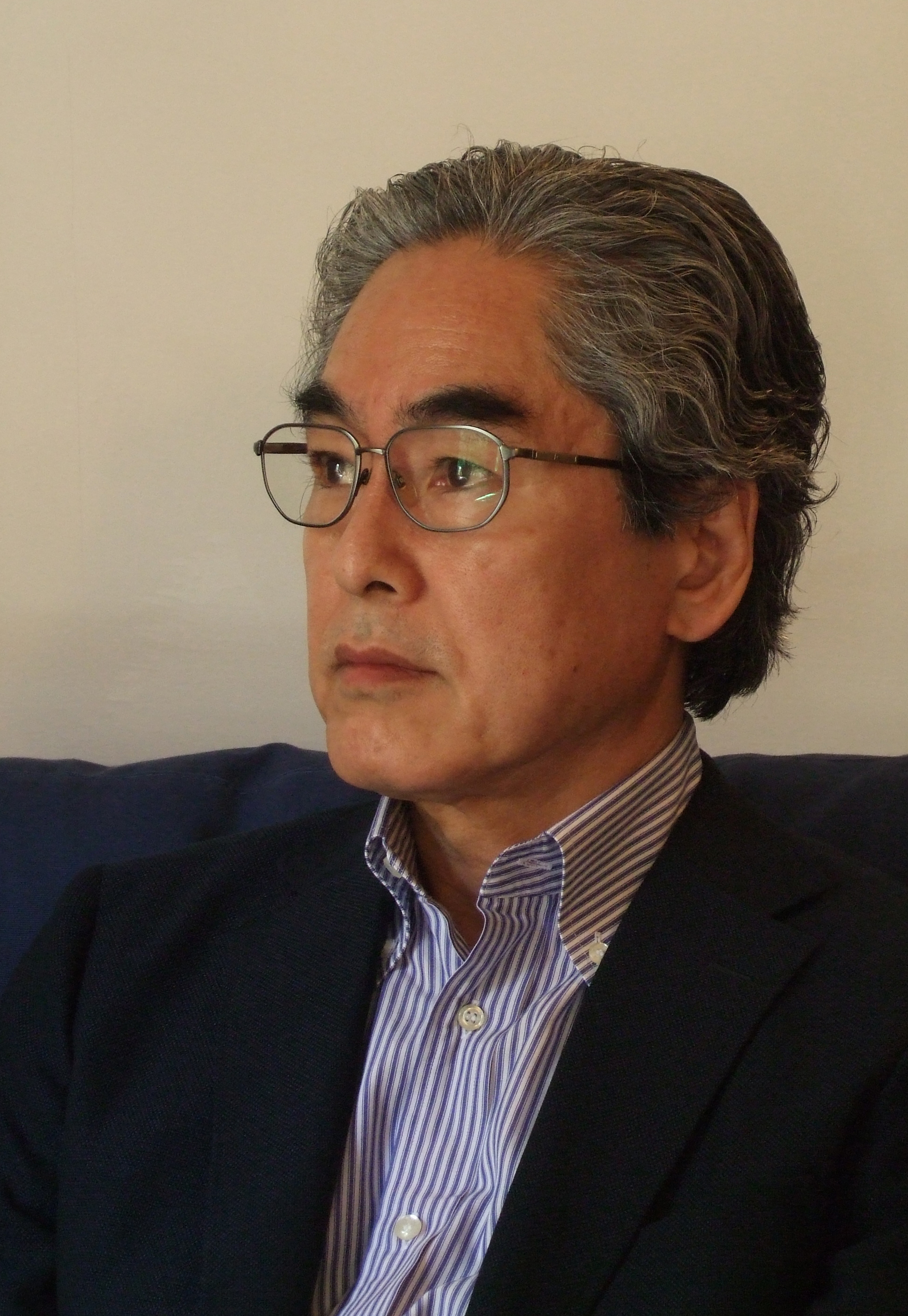 In1969, Yoichi Ohira graduated from the Kuwasawa Design School in Tokyo. Duringhis studies there, Ohira read a novel set in Finland by Hiroyuki Itsuki, the well-known Japanese writer. This book introduced him to the fascinating world of art glass.After graduating, Ohira became a glassblowing apprentice at the Kagami CrystalCompany, Ltd. in Tokyo, where he worked for a year and a half. In 1971, he became a glassblower at a smaller glasswork in Chiba province, where he worked for one year.

Ohira moved to Venice in 1973, and enrolled in the Sculpture program at the Accademiadi Belle Arti [Academy of Fine Arts]. That same year, he met Egidio Costantiniof Fucina degli Angeli, known for his glass sculptures, and worked as one of his collaborators for many years. In 1978, Ohira graduated from the Accademiadi Belle Arte with honors, and received the highest possible grade for his degrees thesis, The Aesthetics of Glass.

Upon graduation, Ohira began to work in sculpture, producing works made of a combination of welded iron with plate glass, exhibiting them in group and one-man shows, mainly in Italy.His collaboration with La Fucina degli Angeli introduced him to Murano glass circles, and in 1987 he was invited as a designer to create a series of art glass collections for the de Majo glassworks of Murano. In the same year, he won the “Premio Selezione” of the Murano Prize.He has been working as an independent artist in the glass field since the early1990s, producing one-of-a-kind pieces in collaboration with the best Muranomaster glassmakers. In2001, he was awarded the Rakow Commission by the Corning Museum of Glass in Corning, New York.