Poet Bai Juyi’s sigh of a thousand years ago precisely illustrates two attributes in ancient China’s attitude toward glass: rare and fragile. A high regard for glass objects can be seen through the course of ancient China. After the modest f faience beads that first appeared in the Western Zhou Dynasty, the magnificent, mysterious dragonfly eyes beads of the Warring States period and transparent containers of the Wei and Jin dynasties, glass displayed an extraordinary charm with the spread of the arts during the Song Dynasty. The flourishing of science, art, and literature, the intersection of diverse cultures, the rise of the urban class, and the developments in glass manufacturing capability gave birth to a new standard in the history of ancient Chinese glass: the glass hairpin. Born out of the simple, exquisite, and meaningful aesthetic pursuits  of the Song Dynasty, the glass hairpins of the Song and Yuan dynasties feature restrained and concise form, reflecting a quiet, natural humanistic ethos and an understatedly luxurious lifestyle aesthetic.

In ancient times, the fragility of things made them all the more precious. By chance coincidence, SHMOG has acquired two unfortunately broken glass hairpins. For these hairpins, ancient practices and modern science alike each offer clever ways of revival, using traditional Kintsukuroi techniques as well as modern restorative methods brought the broken hairpins back to life.

Today, we employ various ways of describing what people from a thousand years ago were like. We hope that these two hairpins that were lost and then recovered, will open a window for us, using objects to reveal and enlighten, and giving the people of the present day a glimpse into how their ancestors lived and allowing them to experience the joy and rejuvenation of a faint blue or a bright green. 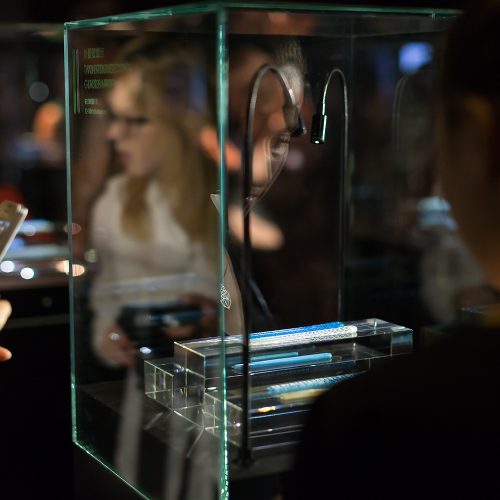 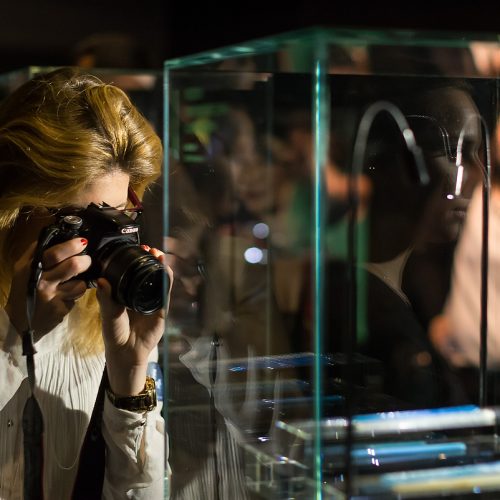 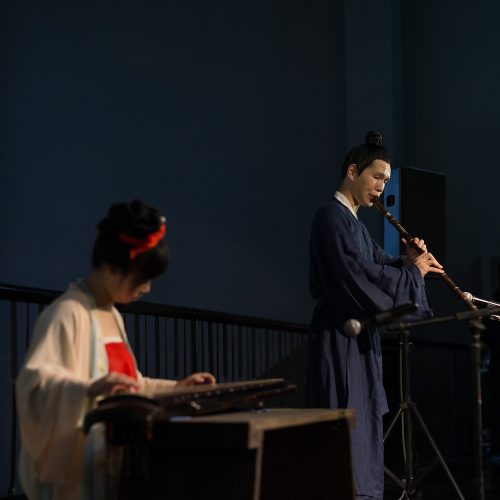 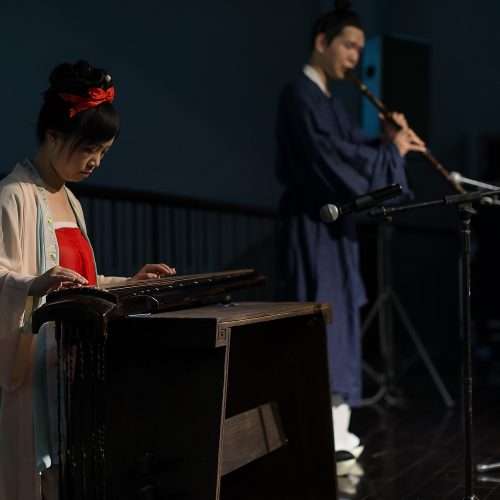 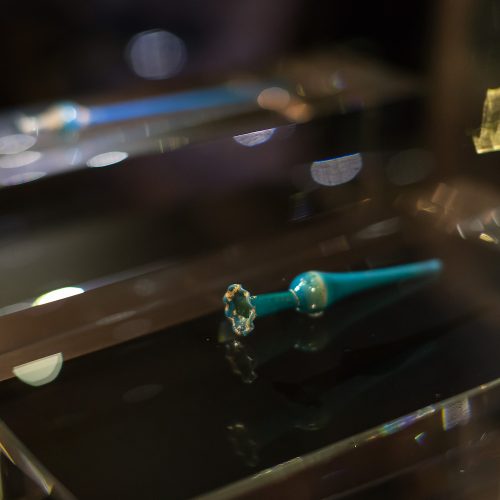 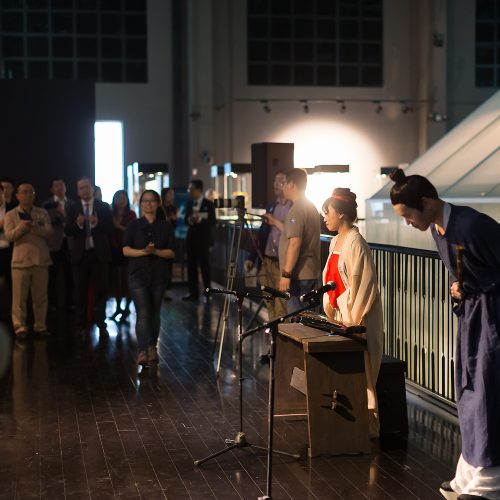 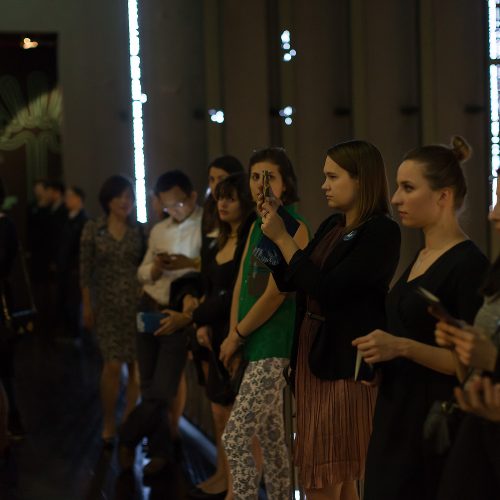 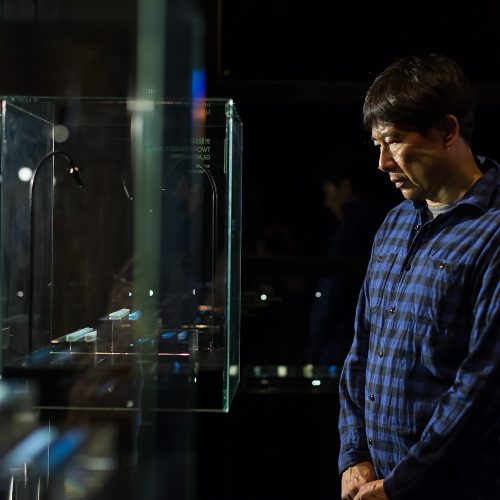 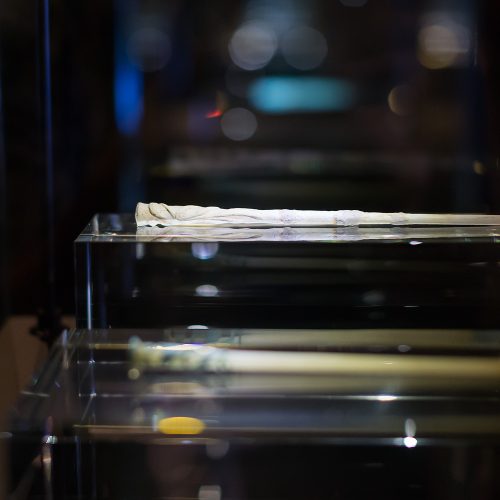 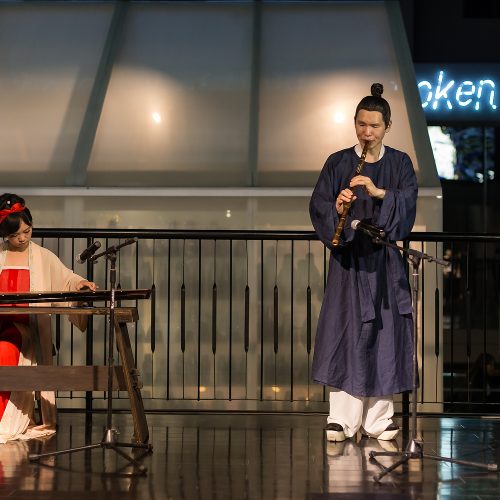 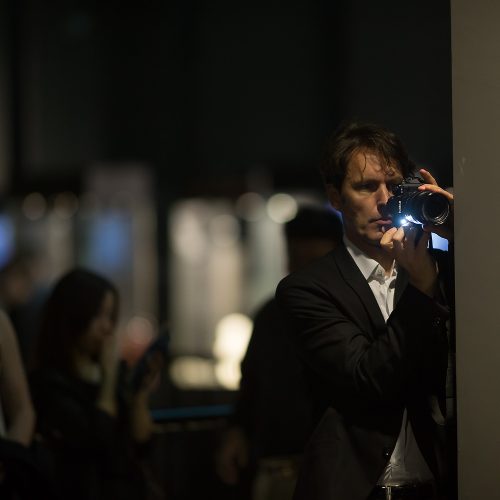 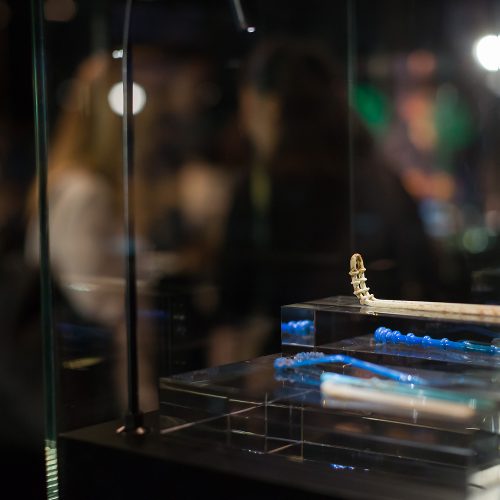 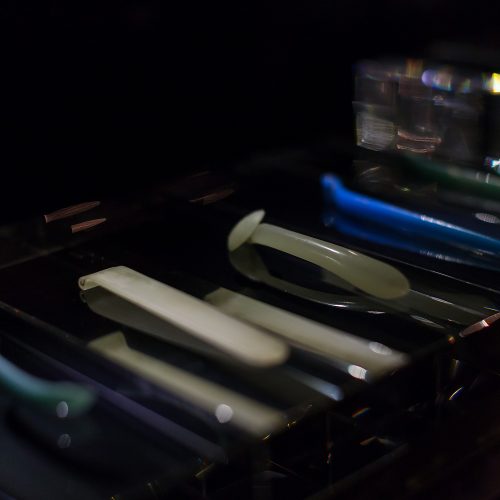 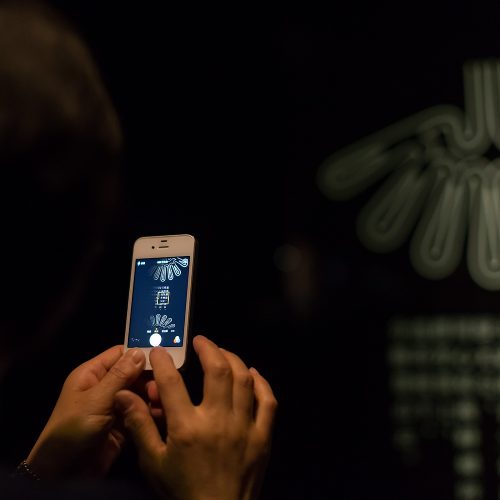 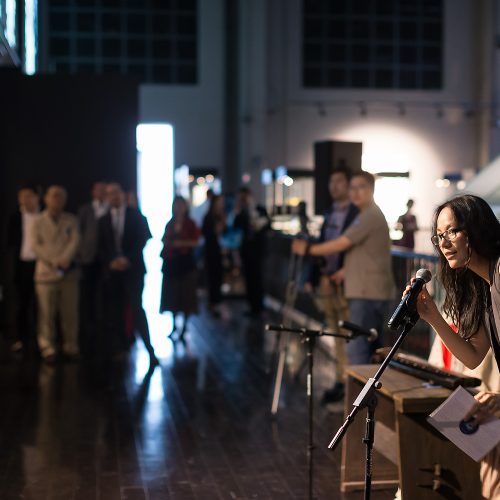 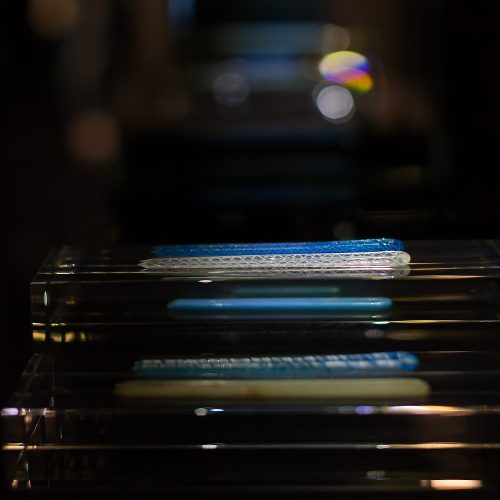