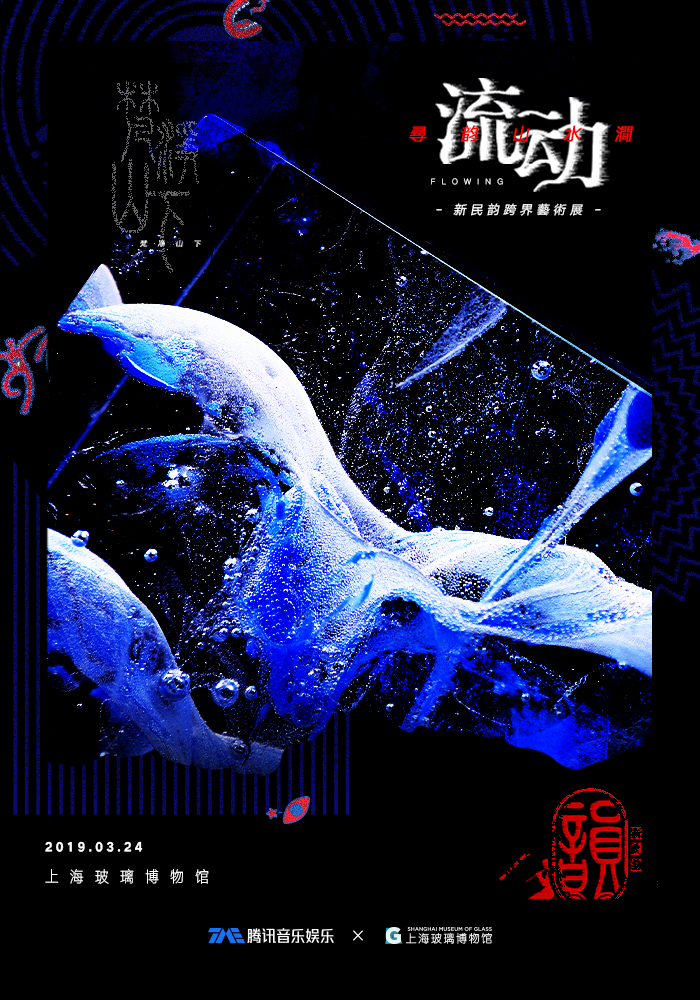 According to the record of the Spring and Autumn Annals, in the dance of the Getian clan in ancient China, three persons, with cattle tails in their hands, moved their feet to music and sang eight songs.

Since its emergence, music has lightened up the path of our ancestors for several thousand years like a glowing star in the long night. The music notes that have run through the long river of history have given us not only joy but also strength. They are another means to express ourselves and communicate with the world in a more convinced manner.

With its unique development, the history of ethnic music has become one of the most important part in the long music history of China. North ethnic music stresses on passion and freedom, while South ethnic music sounds softer and more exquisite. In the meantime, just as Mr. Fei Xiaotong’s idea of the “unity in diversity” of Chinese ethnic nationalities, ethnic music and Han music grow together. “The two have things in common but also have their own identities.” We need to be clearly aware that ethnic music is an indispensable part of the music history of the Chinese culture.

With many ups and downs in its development history, ethnic music has seen the decline of ethnic languages, loss of classical singing styles, the difficulty in finding inheritors and the dramatic changes in the accompanying cultural environment. Like many traditional cultures, it has faced the problems of its existence and future development. When we talk about the inheritance of ethnic music, the adherence to the tradition and comprehensive recording are the core, but to revitalize it, we need to think out of the music box. The “The New Ethnic Song Project” launched by Tencent Music Entertainment can be considered as a laudable effort that would be beneficial for the ethnic music industry. The program, equipped with the latest digital means, encourages ethnic musicians to create original work and provides effective platforms and means for communication and crossover cooperation, helping promote ethnic music and ethnic culture among the public and also before the international audience.

Communication and innovation are the key elements for healthy development of any field. As a contemporary museum that “never stops evolving and innovating”, Shanghai Museum of Glass has always made efforts to surpass itself and making breakthroughs with the goal of becoming an interactive experience-type community museum, hoping to involve in everyday life in a more approachable way and lead a museum lifestyle. This time, through “The New Ethnic Song Project”, Shanghai Museum of Glass is honored to join hands with Tencent Music Entertainment to present the special exhibition titled Flowing to the public, making a bold innovation by combining glass art with ethnic music. There is no lack of attention to music in the practices of glass art and design. For example, in his work ‘Strange Symphony’ among the collections Shanghai Museum of Glass, the German designer Philipp Weber altered the blowpipe (an important glass tool), enabling the craftsman to shape the inner form of the glass using different valves on the blowpipe. The invisible music thus becomes sensible and visible when it is solidified by glass. At her solo exhibition Thus Have I Heard held at Shanghai Museum of Glass, the Chinese glass artist Zheng Wenqing connected glass with music in a more vivid way. Centering on the dialogs between linear glass in the “dynamic state” with sound and light, she made a series of bold attempts. In the special exhibition Flowing, we will start with music and go deeply into its creation background and stories. Furthermore, we especially invite glass artist Wang Qin to find inspiration and extract from the works selected in New Ethnic Charm–Listen to Mountains and Waters and their background stories, for art creation. Music is a flowing art. It requires time to appreciate its beauty, while glass can solidify its precious dynamic state and the inspiration during creation. In this exhibition, two different art forms are combined vividly, which will definitely create some brilliant sparks.

No matter ethnic music or glass art or museums, all of those with lofty ideals must once have been faced with the dilemma of whether to stick to the “old” or “traditional” or to shift to the “new” or “contemporary”. Looking back at their history, I think it contains a subtle revelation.

All those changes lay stress on only one original intention, that is, to touch the hearts of the people.

We have different languages and different musical forms, and the things in common are the emotions and spirits rooted in them.

Music goes beyond ethnic nationalities and borders and is the eternal rule despite changes.

Wang has participated in many domestic and international art exhibitions. His work has been included in many public and private collections such as The Philadelphia Museum of Art, The Victoria and Albert Museum, The Bristol Museum & Art Gallery, the Alexander Tutsek-Stiftung, The Royal Scottish Museum (now The National Museum of Scotland), The Corning Museum of Glass, The China Art Museum Shanghai and The Shanghai Museum of Glass.

Pan Shouyong, male, was born in November 1966, who is an anthropologist, museologist, doctor of laws, guest professor and doctoral supervisor at Shanghai University, chief librarian of Shanghai University. He is also a professor at the University of the Chinese Academy of Sciences, a professor at the School of Art at Peking University as well as the honorary librarian of the Hunan Liye (Qin jian) Museum. His research fields include new museology, museum antropology and sociocultural change and he has participated in the planning and establishing of China Sports Museum, Zhejiang Anji Ecology Museum Group, Zhejiang Songyang Ecology Museum Group and Shanxi Taihang Sancun Ecology Museum. He also participated in the formulation of national museum grading and evaluation standards, and the writing of Law of the People’s Republic of China on the Protection of Intangible Cultural Heritage and the regulations of National Museum. He is acclaimed as the participant and the leader of the third generation of ecology museum movement, having great significance in the international museum academia. Academic honor and Social part-time jobs: Harvard-Yenching Scholar; Fulbrighter and Smithsonian Scholar; winner of the Eighth Fok Ying-Tong Education Foundation; a member of New Century Excellent Talents and the Outstanding Team for the Protection of China’s Cultural Heritage (the Eighth Cultural Relics Protection Fund); as well as the chairman of the Culture Committee of the Institute for Urban Strategies of People’s Daily Online; the expert of the Publicity Department of the Communist Party of China, the traditional village protection expert group of the Ministry of Housing and Urban-Rural Development, the State Administration of Cultural Heritage, the National Press Foundation and so on.

He has 16 works published (excl. editor-in-chief), and he is the editor-in-chief of national key publications, including China in Museums (10 volumes), Series of Social and Historical Investigation Materials of Ethnic Minorities in China (revised edition) (147 volumes), Myth Picture Books of 56 Ethnic Groups in China (30 volumes), wining the Chinese Excellent Publications Awards 6 times. He has more than 110 papers (Chinese and English) published. 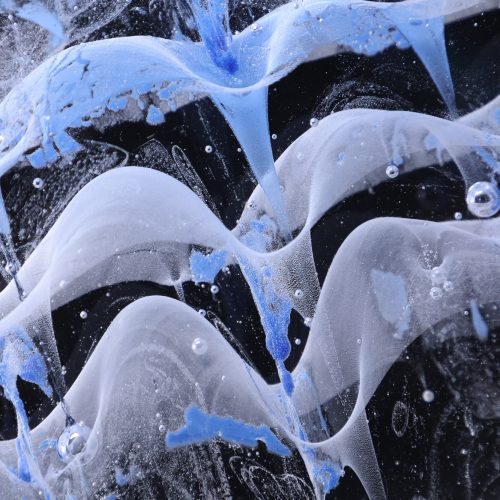 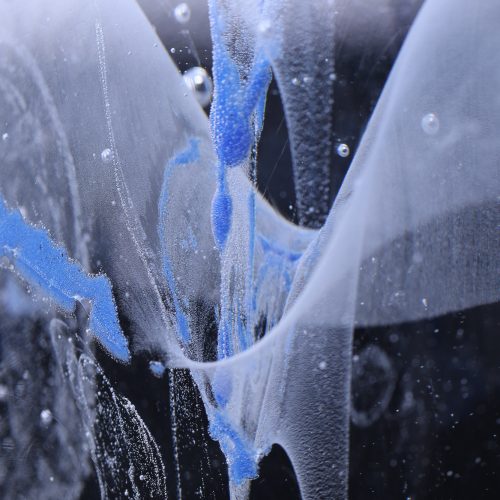 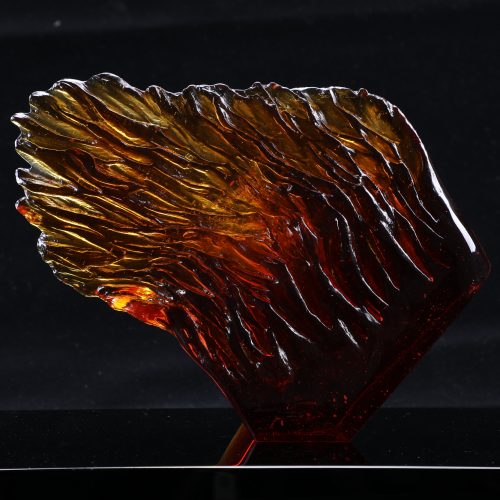 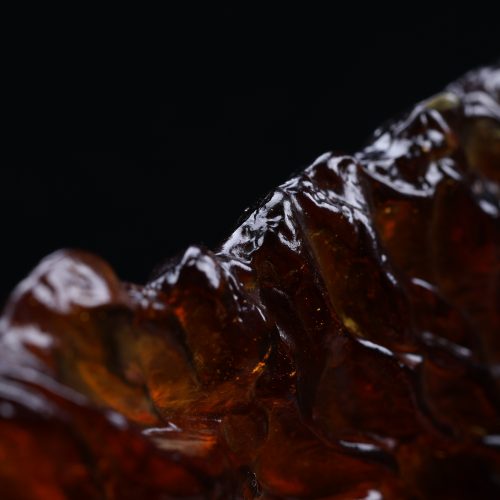 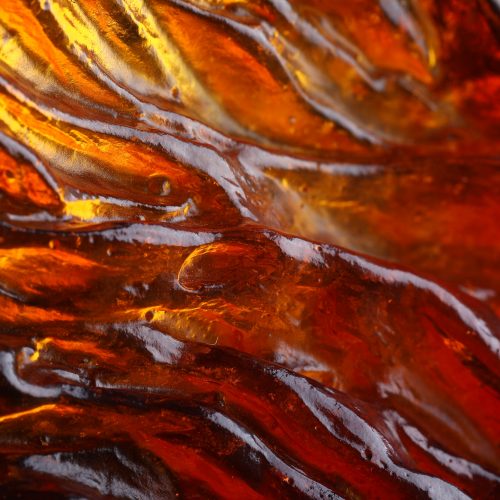 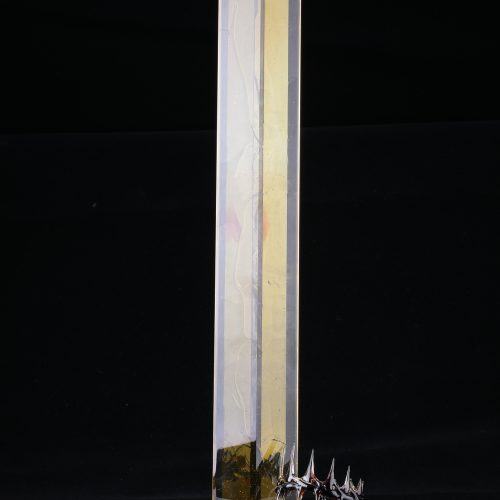 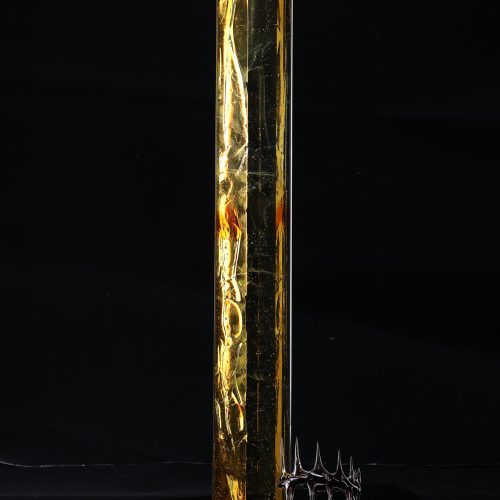 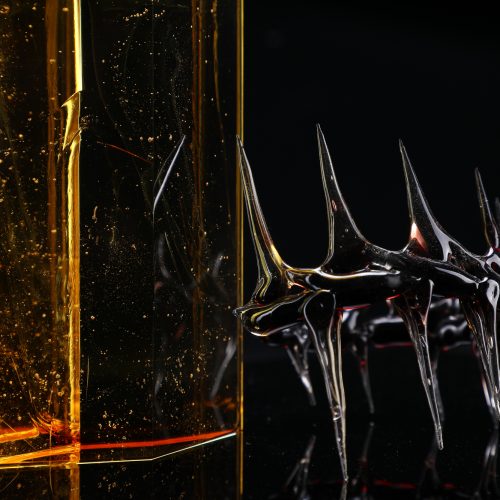 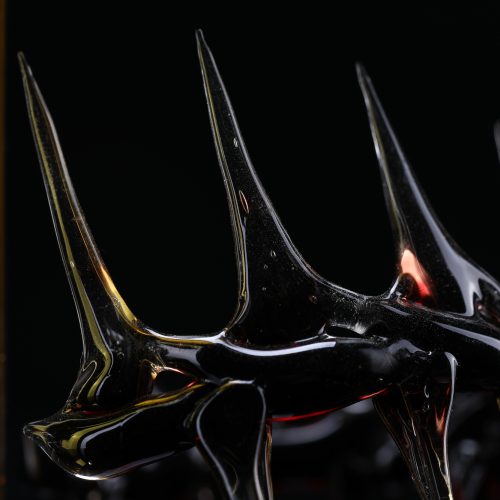 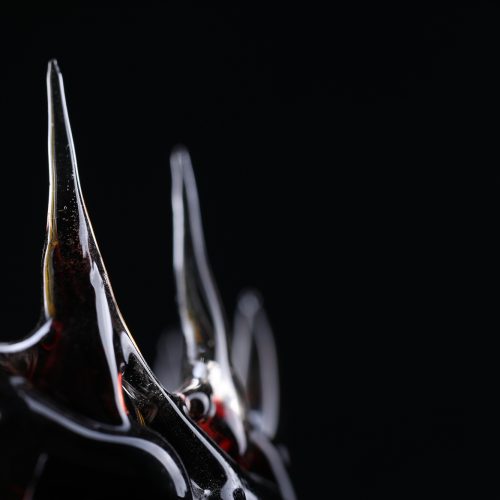 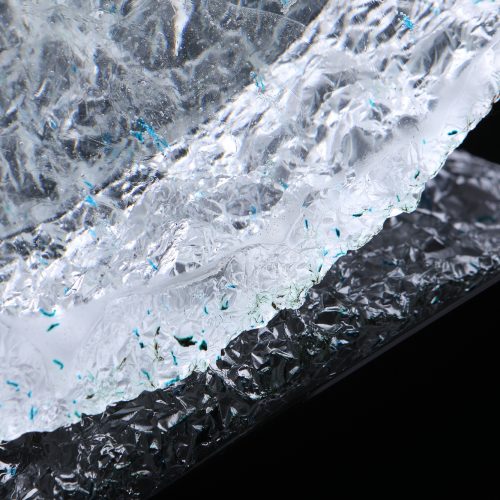 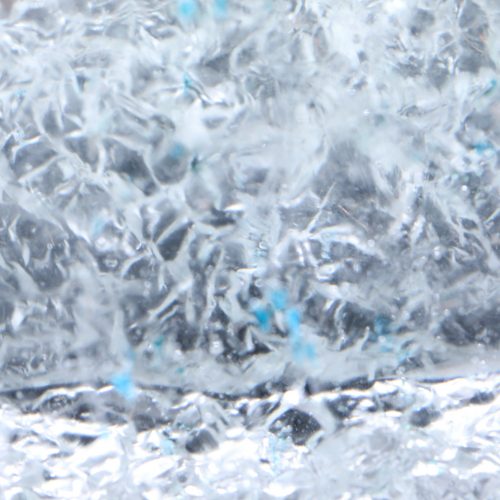 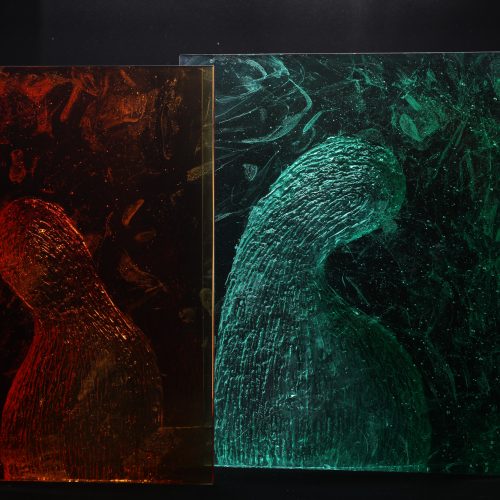 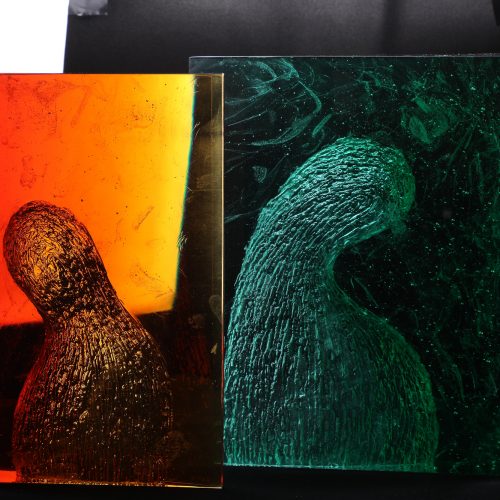 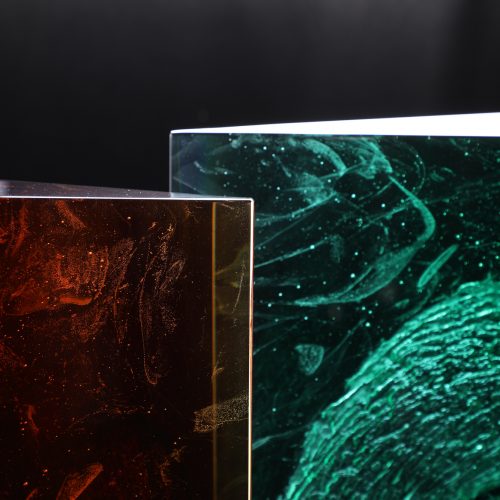 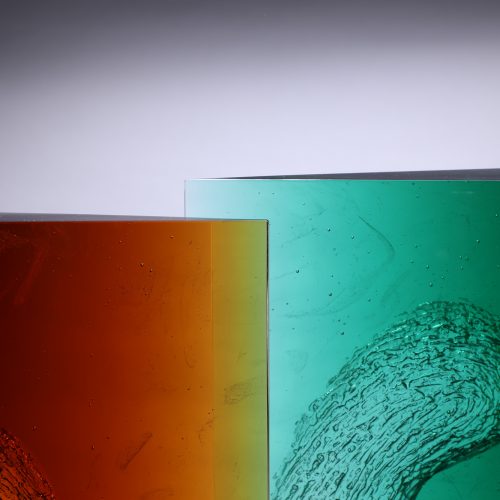 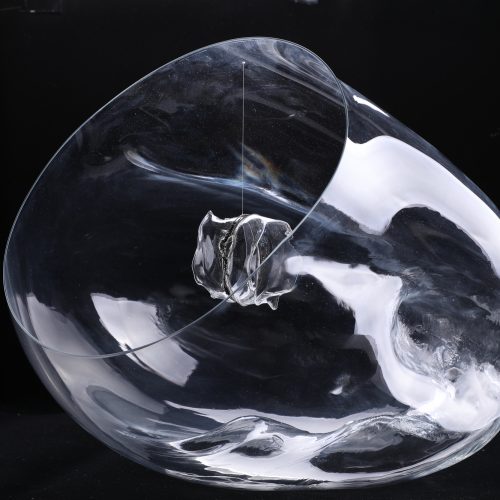 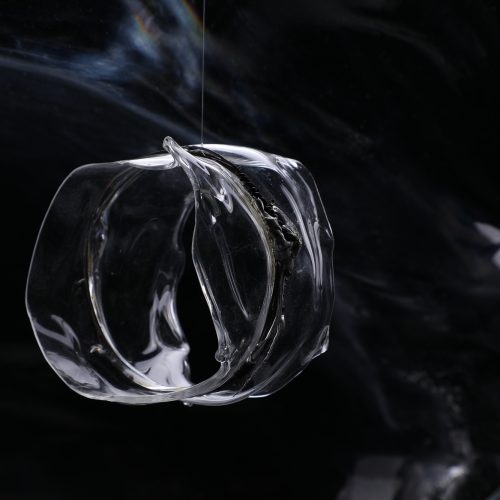 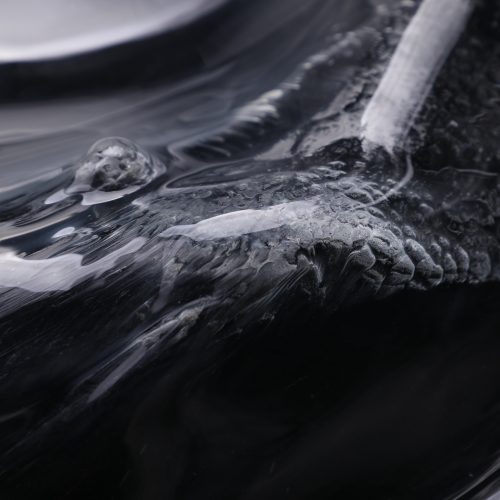